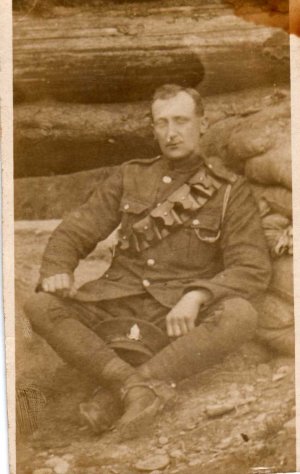 The Commonwealth War Graves Commission (CWGC) records that Gunner F.W.Tipping, 110380 of ‘D’ Battalion, Tank Corps, died on 20/11/1917 and is buried in grave III.B.9., Flesquieres Hill British Cemetery. There are no next of kin details recorded.

His army service record has not survived in series WO 363 held at the National Archives.

The process of positive genealogical identification was enabled by the fact that only one birth of a Frederick William Tipping was registered in the Nottingham district between 1870 and 1900, the likely range for service eligibility in the Great War. His birth certificate, obtained from the General Register Office (GRO), records that Frederick William Tipping was born at 15 Kemps Cottages, Lowdham Street, Snenton, Nottingham, on 10/04/1881 and was the son of William Tipping and Mary Ellen Tipping, formerly Smith. His father was a framework knitter. The GRO indexes show that his parents married in the Nottingham district in late 1880.

The 1881 census, taken just seven days before Frederick’s birth, shows that Mary Ellen was a lace finisher born in Sneinton, and William was also born in Nottingham. Frederick lived with his parents at 36 Sneinton Road, Sneinton, Nottingham at the time of both the 1891 and 1901 censuses, and was a lace tacker in the latter census. His marriage certificate, obtained from the GRO, records that he married Florence Millington at St Alban’s Parish Church, Nottingham on 06/08/1904. Florence Millington was born in Nottingham in 1881, the daughter of William and Lydia Millington and was a lace finisher, living at 66 Beverley Street, Nottingham, at the time of the 1901 census. At the time of their marriage Frederick William Tipping was a warehouseman and both he and Florence resided at 2A Bentinck Street, Nottingham.

Frederick’s name is recorded as F.W.Tipping on the right-hand leaf of the War Memorial in St. George’s Chapel within the church of Sneinton St. Stephen in Nottingham.

Within the nearby church of Sneinton St. Cyprian’s, the War Memorial records the name of H. Tipping. This serviceman is likely to be Frederick’s brother Harry, originally born Harry Smith. He is living with Frederick as Harry Smith aged 13, in the 1891 census, and as Harry Tipping, a gas fitter aged 22 in the 1901 census.

‘Soldiers Died’ records that Pte 27063 Harry Tipping, 1st King’s Own (Royal Lancaster Regiment) , was killed in action on 14/12/1916, and enlisted in Carlton, which is a district of Nottingham. There are no Harry Tipping births registered in Nottingham between 1870 and 1900, but Harry would have been registered as Harry Smith, his mother’s unmarried name. Unfortunately the CWGC holds no personal data for 27063 Harry Tipping, killed in action on 14/12/1916 and commemorated on the Thiepval Memorial. If his service record has survived in WO 363 then this may confirm his identity.

The Medal Rolls Index records that Harry Tipping, pte 27063 1st K O Lanc Regt., was entitled to the British War Medal and Victory Medal, and was killed in action on 14/12/1916. The reverse of the index card shows that an application for his medals was received from a Mrs. S. McCracken, in respect of her adopted son the late Pte. H. Tipping, on 14/04/1920. Her address for correpondence was 203, Windmill Row, Carlton Hill, Carlton, Notts. The GRO deaths index indicates that Harry’s birth mother, Mary Ellen Tipping, died in the Nottingham district, aged 44, in the first quarter of 1904. Presumably Harry was adopted around this time.
Alan Hawkins

For information re both Sneinton St Stephen and St Cyprian’s memorials we are indebted to the Southwell & Nottingham Church History Project and its online data, available at the following address:- http://southwellchurches.history.nottingham.ac.uk/index.html

(Note that Snenton and Sneinton are alternative spellings of the same Nottingham parish.) 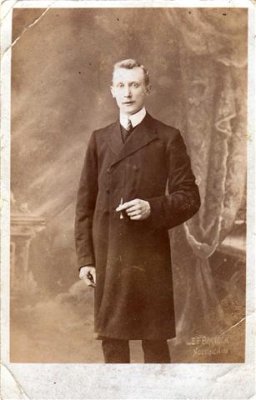