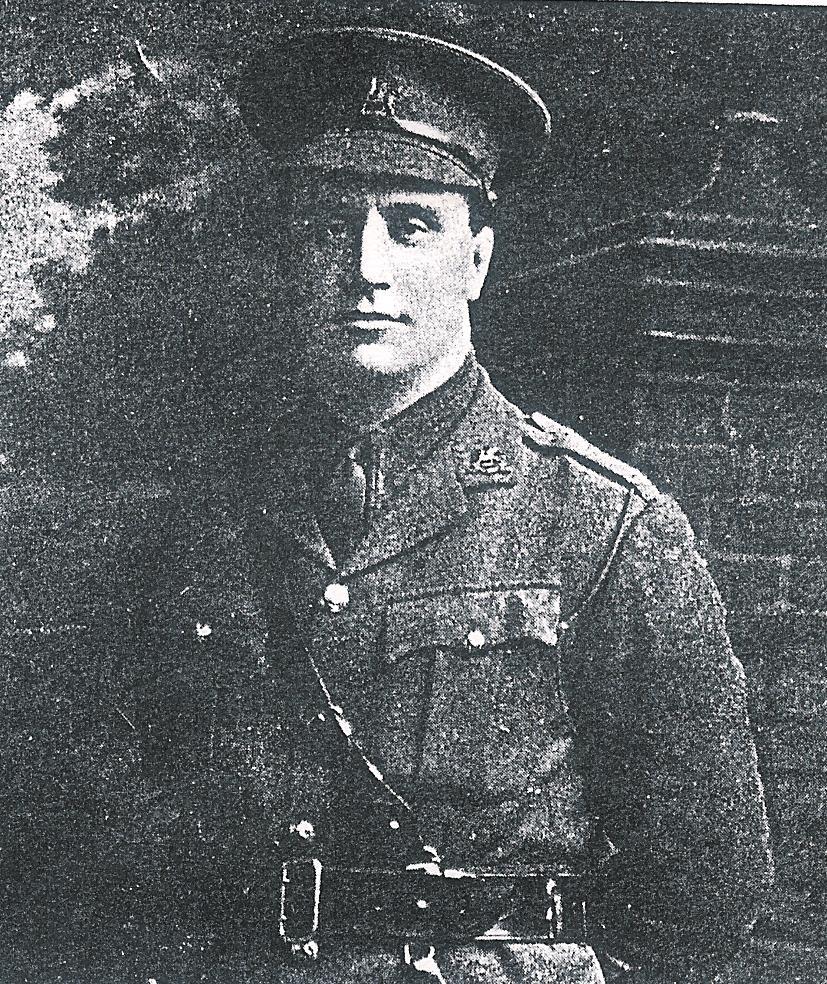 Major Robert Oscar Cyril Ward, killed on the 20th November 1917 during the assault on Flesquieres ridge, was the eldest son of Mr. Robert Ward, of Leatherhead. He was born at Victoria, British Columbia, in 1881, and educated at Clifton and Trinity College, Cambridge. He was a well-known forward in the Harlequin Football Club and a Cambridge blue. He won the heavy-weight championship in Public schools and inter-university boxing. In 1914, he was given a commission as Lieutenant in the 6th Buffs, and was promoted Captain in the following year. Afterwards he transferred to the Tank Corps, and was promoted Major. He was twice wounded, and mentioned in dispatches. He rests in peace in the Metz-en-Couture Communal Cemetery British Extension. Major ROC Ward left 2 sons and one daughter. (Major Patrick Vernon Ward, Royal Tank Regiment, fought in Arras in 1940 later in the Desert where he gained the MC. He was killed in Normandy in July 1944. Robert Ward joined the Malayan Civil Service and later the Indian army when the Japanese invaded and was killed fighting ferociously at the fall of Singapore).